The American Library in Paris’ initial purpose was to provide books to American soldiers in World War I through the Library War Service.  The ALP was officially established in 1920, and it began distributing books all over the European continent.

The Library prepared to do business as usual through World War II, and was fairly successful in doing so.  Though forced to take nearly forty books out of circulation during the Nazi book ban, the Library remained open to serve soldiers and the community during World War II. When June of 1940 came to an end, 100,000 books were shipped to British and French soldiers. The Library resisted the Occupation by delivering books to Jews who had been banned from using libraries.  An account further explaining the Library’s wartime experience by Dorothy Reeder, the Library’s director during World War II, can be found here. 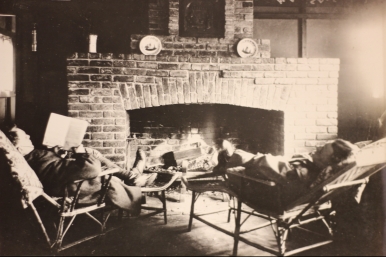 Injured soldiers read by a fire 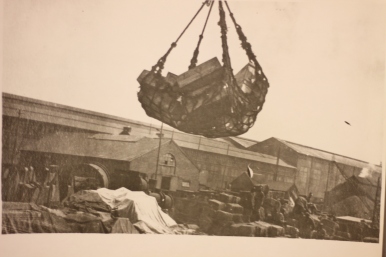 The ALP performs a book delivery to soldiers

The American Library in Paris’ rich, war-torn history lends itself to hundreds of beautiful photographs, intricate documents, and unknown mysteries.  Some of the ALP’s war archives have yet to be fully sorted, and there are treasures still yet to be discovered.